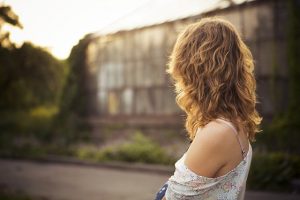 I’m older and wiser now, but when I was 25, and going through an early divorce, it was my only friend.

It’s safe enough for me to call it that now, but I truly believed it back then.

When the walls of life are crumbling around you, and you’ve learned alcohol is a way to cope from your parents growing up, well, it’s not difficult to end up down that road I think you can see.

I had believed that things were fine. Our relationship could always have been a little better of course. Alcohol at that point was a minor coping tool.

I relaxed with wine at night after work, believing I had earned it. And striding the line well between professional career woman and domestic godess at home.

It’s tough to keep that illusion going for a long time. I ended up contacting the Abbeycare alcohol rehab clinic.

I guess I had bought into the idea that other’s expectations were more important than mine.

That’s what I’d picked up from my mother.

Dependency is easy, especially in relationships.

Nowadays, I know the folly – believing that anyone can complete you means you’re not taking responsibility for yourself.

For me the gaps were filled in by alcohol.

For me the path on recovery has been one of finding independence, from alcohol and from others.

Then I can give back, and help others.

We’re always seeking donations to fuel our ongoing efforts with the site. Your generosity contributes to hosting and running costs we need to keep going. Please write us about how you’d like to support and we’ll get back to you as soon as we can.

Connect with us here.

Scroll back to top